The dynamic 45° Medium Geo Sponge in combination with the new upper rubber surface provides the optimum mix of power, spin and ball response.

JOOLA Maxxx 450 Table Tennis Rubber
After a year of research with top players and engineers, MAXXX is finally here! A rubber composition developed to meet the three X factors of performance. Maxxximum Power, Maxxximum Spin and Maxxximum Control provide every player the ability to reach new levels of play. The Maxxx 450 is excellent for loopers and players who control the ball well. 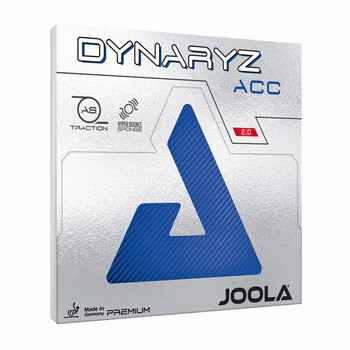 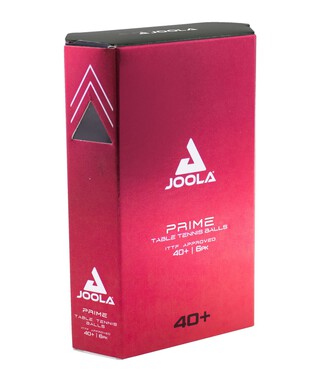 Add a Review
External Review for JOOLA Maxxx 450 on December 6, 2020
Bad rubber for backhand. This rubber is the most inconsistent rubber I ever tried. You hit the ball 10 times in the same way, it goes in 10 different directions. Sometimes you hit the ball and it just doesn't do anything, dies into the net, sometimes you hit it and flies 3m above the table, sometimes you get the occasional good shot when doing a strong topspin shot with the bat angle very closed (angle parallel to the table).

Playing with this makes you lose all your confidence in your strokes and makes you wonder what went wrong after each shot and why the ball went where it went. It also feels like it react heavily to incoming spin. Might be a better FH rubber, but for BH it's unusable as it only has one gear (hit the ball hard with bat closed topspin).
Review helpful?    Yes | No
External Review for JOOLA Maxxx 450 on December 24, 2013
on samsonov carbon old version- not big hammer..i realy like feel... speed is simular to tenergy... but sponge is softer... spin on serves is not to great, with tenergy05 for exemple i can easy curve ball, but with m450 its harder ... but in game it has great control , and its easy to topspin .. i played forehand with rakza 7 soft and after i changed to m450 i had problem with secund spin, but after transition i found its easier to attack choped balls, and consistency is better then rakza 7 soft ... throw angle is lower, so i have sometime problem to flip forehand... also its nice for counterloop because of throw angle..
its great rubber, recomendation for attacking players who like softer rubbers... only 1 thing i dont know - duration, im using 3m 5-6 times per week and spin is lower by 15-20% then new... it looks more used then rakza 7 soft after 3 monts, acuda s2, s3, ... my tenergy looked like that after 7-8m so it will be average... so 9 for durability
update - after 1 season i can say its bh rubber, i changed blade from Samsonov carbon > tbs and i had problem with forehand,to low throw for my atc, but for backhand i gained more control... i change rubbers on 1 year, so durability is ok...
Review helpful?    Yes | No
External Review for JOOLA Maxxx 450 on September 22, 2013
this new rubber from Joola is very good ,nice short service but worst the control than BF M2 when i tested(on dynamix17), but on Korbel MagicHand was this rubber superb (BH)
Review helpful?    Yes | No