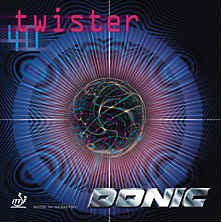 Which long pimples should you use?

Which Long Pimples Should You Use?

We have talked so far about whether you should be using long pimples, and which style of play would best suit you. Now it's time to discuss which long pimples would be the best choice for the way you play.

Once again, I'll break the styles of play into the 4 categories of classic defender, modern defender, push/blocker, and hitter. If you have chosen a style that is a mix of one or more of these styles, then you may wish to either choose a long pimpled rubber that best suits your dominant style, or pick a long pimples that provides the ability to do everything that you want. Keep in mind that depending on what style or styles you choose, you may not find a perfect long pimples for the way you play. You may be forced to compromise and use a long pimples that does all the things you want adequately, rather than perfectly.

For the modern defender, I would suggest using a long pimples with excellent spin variation to help set up attacks (not spin reversal), and with good to medium control. The speed of the long pimples is not such an important factor, although I would not recommend using long pimples with no sponge, as the modern defender generally needs some sponge to help give his chop returns and attacks a reasonable amount of pace - a return that is too slow is not good.

In order to meet this criteria, look for a long pimpled rubber with most of the following characteristics:

The classic defender needs more control than the modern defender, and the ability to vary the spin is probably not quite as important, although still very useful. There is no need for too much speed from the long pimples, so choosing to not use sponge can be a valid option.

The classic defender should be looking for a long pimpled rubber with the the following properties:

The defensive push/blocker will generally want a long pimpled rubber with properties fairly similar to the classic defender. In both cases, maximum control is generally wanted, with the push/blocker wanting to use the varied speed and spin of the long pimples to allow him to stay close to the table and disrupt the rhythm and timing of his opponent, whilst being able to attack with his normal rubber himself.

So those are my recommendations for long pimples depending on the style you wish to play. If you are using a type of long pimples that is not suited to your style, you might want to give serious thought to changing to a rubber that could suit you better, or at least trying one out to see if there is a significant difference. As always, the recommendations above are just my opinion, and you may find that the 'wrong' rubber works for you - which is fine as long as you are happy.

The Ancient Art of Twiddling

We are going to discuss how to twiddle. Sounds a bit strange I know, but if you are going to be an effective player with the long pimples that you have chosen, then there are certain things about twiddling that you will need to know and do to reach your full potential. So sit down, grab a cup of coffee, and settle in to read all about it.

Twiddling refers to the practice of turning your bat around in your hand whilst playing table tennis, in order to change which side of the bat hits the ball. It is usually done by players who have rackets with very different sides, in order to increase the variety of shots that can be made, and to increase the chances of an opponent making a mistake. It can also be done by players that have rackets with the same rubber on both sides, or with similar rubbers, but this does not happen often as it usually isn't worth the effort.

The usual twiddle is done by using the wrist and bottom three fingers of the bat hand to spin the bat around via the handle(generally clockwise for a right hander, and anti-clockwise for a left hander), while the thumb and index finger get out of the way and then come back into position for the next shot. The handle of the bat should not leave the hand at any time, although the grip will have to loosen if the bat is going to turn. Experienced players will sometimes twiddle more than once to make it harder for the opponent to keep track of which side is being used.

Why do you twiddle?

Twiddling is done for a number of reasons, the main ones being:

In order to twiddle successfully, you must always be keeping mental track of what side your long pimples is currently on, or else you will only have a 50% chance of playing the correct shot - not the odds you are looking for!. You should never have to look at your bat to confirm which side is where, as you should be able to tell by the feel of the rubber on your index finger. Good twiddlers don't even need this cue - they are always mentally keeping track of which side is on the forehand and backhand. Having been a twiddler myself for most of the last 10 years I can confirm this, although I do have the habit of feeling the rubber with my index finger just before serving or returning serve to avoid any embarrassing mistakes.

While you are learning to twiddle, carry your bat around with you whenever you can, such as at home or where you play table tennis. Constantly twiddle the bat, while keeping part of your mind focused on which side is on the forehand and which side is on the backhand. Check every now and again to make sure you are correct. A few months of this type of practice will make keeping track of which side is where automatic during your matches - and trust me, you will want your mind to be free to think about other things.

Keep practicing the twiddle during your training and games as well. Don't offend your training partners when you are blocking for them etc, but make sure that you are including drills in your training where twiddling is required. Try playing the occasional game or drill where you must use the normal side of your bat all the time - it will improve your twiddling in a hurry!

Some people put a sheet of long pimples on their bat and expect to be an expert at twiddling right away. After all, how hard can it be? Rest assured that it will take more than a month or two to successfully use twiddling as part of your game. The actual skill of turning the bat should only take a month or so, but the skill of knowing when to turn the bat will take much longer. Expect to be caught out using the wrong side or playing the wrong shot with the right side frequently in the first three to six months. After that you will start to get the feel for the right time to twiddle for your own style.