by Gewo · Part of Racket Sale 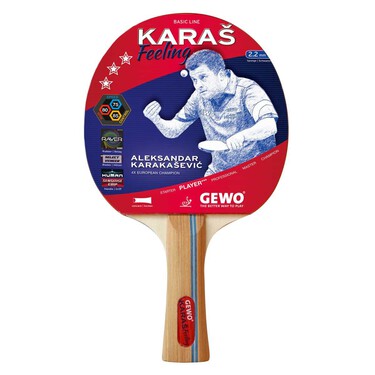 It was developed from the legend. Serbia's Aleksandar Karakasevic has contributed his knowledge and experience to the development of this racket - the result is a terrific racket for the ambitious player.

The GEWO Handle philosophy makes the racket look like a natural extension of the hand. This leads to much better control of the shots. The high-quality design makes the racket in combination with a great price-to-value ratio.